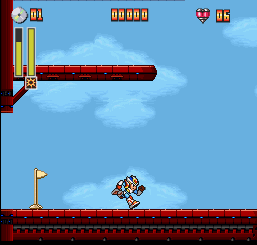 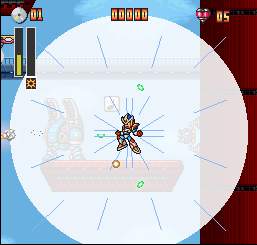 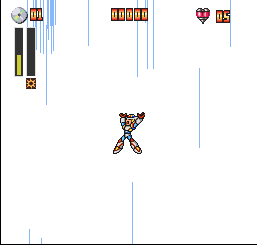 September already? Oh well, this took longer than I expected, but I ran into some bugs while preparing this update of Bass Abyss, so I fixed them.

I didn’t really have the time to study a lot the original Giga Crush mechanics from Mega Man X2. So I just went with some simple formula. You get hit, it loads a bit. Once fully loaded, you can use it. The way to check the current level or use it is to switch to it, as another weapon. For this the usual DELETE, PAGE DOWN keys are used.

Now, it took me a while to get used to it. Out of habit, I kept pausing the game expecting to see the X2 Weapon Screen to check the Giga Crush level. This got me thinking, it would be really nice to have it. But well, I was not going to have the time to do it. I really don’t have any plans to add any more weapons anyway, so I decided against it.

Now I’ll take it easy and keep fixing bugs before I release the level editor. Be sure to blast everyone to oblivion with this weapon. This version does work on bosses! Have fun!